skip to main | skip to sidebar

Something different.
First of the dragon series. 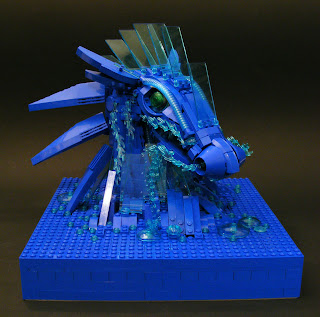 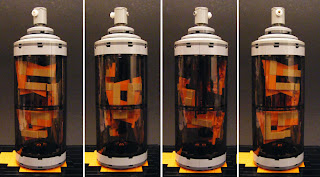 My first kinetik attempt. Building a gear to reduce the speed of the motor was the biggest issue and fitting a fully articulated style into the spraycan.
I have no stand and shooting a film of it in action is now impossible for me, one has to see it.
The lighting does not compliment the build, neither the backdrop or the trans-black cylinder. No matter, trans-blue looked worser in relation to the orange-dk tan inside.
I tried to break the simple flow of the letters by counterhighlighting with dk tan, but I think it's too distractive, as the letters are partly covered and the trans-black cylinder also blurrs it. 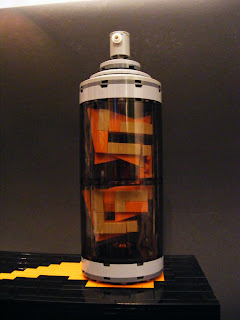 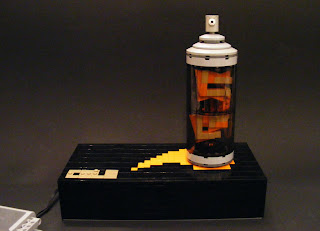 I'll have to rework the tan parts and make new flix with a bright backdrop...to be continued.
Posted by Cole Blaq at 05:04 No comments: 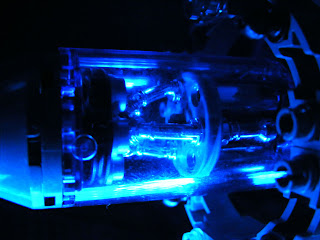 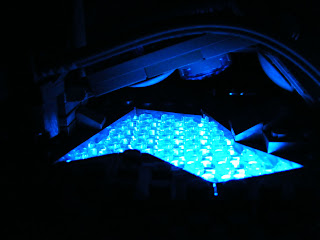 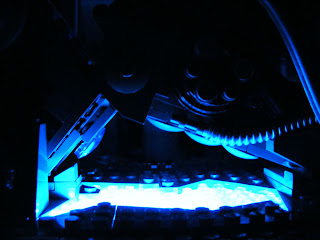 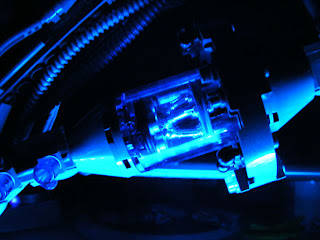 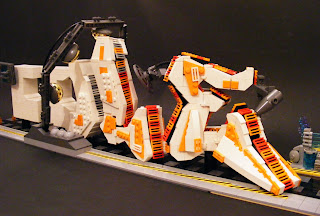